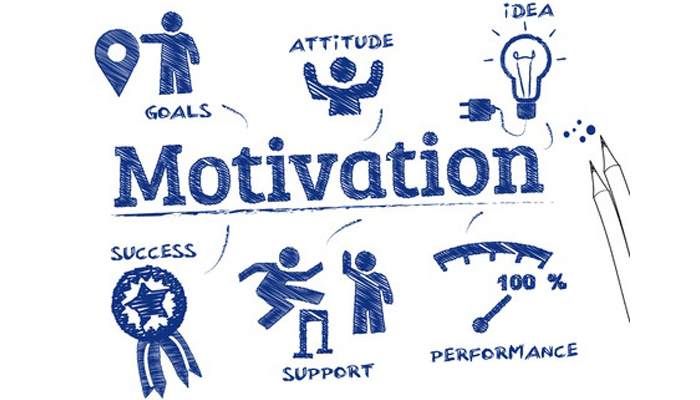 To adapt traits which are helpful to crack the exam is one of the decisive factors for students preparing for UPSC. UPSC is qualified by people who have a personality of their own. That means they understand themselves better, they know their strengths and limitations, and they can defend their statements, their perspective and their actions rationally. Every human being posses some good and bad characteristics; personality attributes which help one in personal and professional growth are categorized as good traits and vice versa. Competitive exams like UPSC requires focused attention and a progressive approach, a slight deviation from the right path can terribly affect the result.

To adapt traits which are helpful to crack the exam and to withdraw from habits which could lead to failure is one of the decisive factors for students preparing for UPSC. Let’s discuss them one by one.

No one can ever qualify in UPSC exam without having a curiosity for things in the micro and macro environment. Curiosity helps a student to understand and comprehend the topic from various angles. Dimensionless learning has no meaning as the candidates won’t be able to comprehend and understand the issues associated with a particular subject or even developing insight into it.

Having a learner’s attitude

This means that a candidate is not having a fixed mindset with full of prejudices and stereotyped thinking while interpreting any information. Because learning is not limited to studies, it can also be acquired from observations, by watching films, through conversation, by being alone or being together, being in love, being jealous, and being opponent. Additionally, UPSC syllabus is so large that it is impossible to study alone. Learning attitude and techniques lessen the burden on the candidate and make the efforts easier and enjoyable. That’s why of all the learning methods the most important is the development of the sense of observation. In fact, this trait is not only useful in qualifying the exam, after becoming an administrator, but it also guides civil servant in taking unbiased decisions. Having an administrator attitude

The administration is not run by information or knowledge rather it is run by attitude and that’s the most important trait that is looked for in any candidate. If you have an administrative attitude, you can always gain information and/or convert into knowledge to fit the desired situation, but it’s not the other way. Attitude is like zero (0) and 100 in a multiplication. If everything is present, but the attitude is absent, then everything is zero, and if everything is below the actual requirement, but one is attitudinally sound, then it’s a blessing like no other trait.

The various attitudinal traits include the candidates’ ability to differentiate emotions (which is what is tested in essay and ethics). Ability to differentiate emotions doesn’t clutter the mind of the student. An uncluttered mind has great clarity, great receptivity and a high degree of imagination. This is what is required for Civil Services preparation.

This means that one should know his strength and weaknesses because having knowledge of one’s own strengths and weaknesses are essential to strategise preparation and optimise study lest everyone will start following the toppers. Self-understanding reflects in decision-making such as selection of the books, choosing a trainer or institute and most importantly finalizing the subjects for preliminary and mains. So a curious aptitude and ability to draw a conclusion between right and wrong is quite essential to ensure success.

Ability to bond with people

Form the social capital; identify people of your need and choice, because the time you spend with them should be the time of mutual learning, motivation, and development. But, people of negative mentality should be kept at bay to protect one from the unwanted circumstances. Social capital and bonding the right people is essential to discuss and exchange, knowledge, information, and fruitful ideas. So, always choose friends with whom you can interact for studies, learning, and opinion sharing.

This means behaving like masses, like a crowd who doesn’t think much at all. Such students do not have a personality of their own or have a very weak personality. The herd mentality can only propagate certain news and are thus born to be used by coaching institutes. They never ever qualify until they regain their senses.

Being gullible and rumormongers

These students believe everything that the market says, everything that they hear and that pleases them. They are guided by their peer group and hold an opinion on their basis of their own perception, rather than reality. These students cannot defend any action or any statement that they deliver without any substantive logic. Such students do not have any command over their language, too. They can distort any statement both knowingly and unknowingly and interpret any statement in the most irrational manner ever and propagate it equally well. Even if a student is talented, he/she wastes his talent by choosing a wrong company.

Being non-receptive to novel things

Being rigid to a set frame of mind, one cannot open up his/her mind for new ideas, information, concepts, and even proved theories because rigidity and receptivity can’t co-exist, they are counteractive to each other. Being only judgmental means one can’t be a learner and do not have a learning attitude and this will never allow the student to get out of the shell. Opinionated and judgmental people can never learn because people whose decisions based on perceptions are bound to make mistakes.

Arrogance is essentially a sign of weak people. Their arrogance reflects in their actions and their speech; the type of absolutist words that they use. For example, a good student will shy away from using the word ‘best’ and the concept of ‘best’. Indeed, there is nothing like best in the world. Best is an absolutist statement. The use of best inhibits expression. People who do not have expression use the word ‘best’. Anyone using the words ‘best’, ‘awesome’, ‘fantastic’ are short of expressions. Instead, they can use varied expressions by classifying the traits.