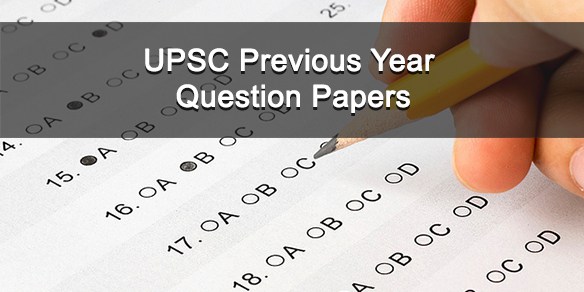 1. China is using its economic relations and positive trade surplus as tools to develop potential military power status in Asia’, In the light of this statement, discuss its impact on India as her neighbour. (150 words)(10)

2. What are the main functions of the United Nations Economic and Social Council (ECOSOC)? Explain different functional commissions attached to it. (150 words)(10)

4. Indian Diaspora has an important role to play in South-East Asian countries’ economy and society. Appraise the role of Indian Diaspora in South- East Asia in this context (250 words) (15)

1. South China Sea has assumed great geopolitical significance in the present context. Comment. (12.5) GS 1
2. Present an account of the Indus Water Treaty and examine its ecological, economic and political implications in the context of changing bilateral relations. (12.5) GS 1

1. The boarder aims and objectives of WTO are to manage and promote international trade in the era of globalization. But the Doha round of negotiations seem doomed due to differences between the developed and the developing countries. “Discuss in the Indian Perspective. (12.5) GS2
2. Evaluate the economic and strategic dimensions of India’s Look East Policy in the context of the post Cold War international scenario. (12.5)  GS2
3. “Increasing cross-border terrorist attacks in India and growing interference in the internal affairs of several member-states by Pakistan are not conductive for the future of SAARC (South Asian Association for Regional Cooperation).” Explain with suitable examples. (12.5) GS2
4. What are the aims and objectives of the McBride Commission of the UNESCO? What is India’s position on these? (12.5)  GS2

1. Increasing interest of India in Africa has its pros and cons. critically examine. (12.5)
2. Discuss the impediments India is facing in its pursuit of a permanent seat in UN Security Council. (12.5)
3. Project ‘Mausam’ is considered as a unique foreign policy initiative of the Indian government to improve relationship with its neighbours. Does the project has a strategic dimension? Discuss. (12.5)
4. Terrorist activities and mutual distrust have clouded India-Pakistan relations. To what extent the use of soft power like sports and cultural exchanges could help to generate goodwill between the two countries? Discuss with suitable examples. (12.5)

1. With respect to the South China Sea, maritime territorial disputes and rising tension affirm the need for safe guarding maritime security to ensure freedom of navigation and over flight throughout the region. In this context, discuss the bilateral issues between India and China. (200 words)(12.5)
2. The aim of Information Technology Agreements (ITAs) is to lower all taxes and tariffs on information technology products by signatories to zero. What impact would such agreements have on India’s interests? (200 words)(12.5)
3. Some of the International funding agencies have special terms for economic participation stipulating a substantial component of the aid to be used for sourcing equipment from the leading countries. Discuss on merits of such terms and if, there exist a strong case not to accept such conditions in the Indian context. (200 words)(12.5)
4. India has recently signed to become founding member of New Development Bank (NDB) and also the Asian Infrastructure Investment Bank (AIIB). How will the role of the two banks be different? Discuss the strategic significance of these two banks for India. (200 words)(12.5)
5. TO is an important international institution were decisions taken affect countries in a profound manner. What is the mandate of WTO and how binding are their decisions? Critically analyse India’s stand on the latest round of talks on Food security. (200 words) (12.5)

1. The proposed withdrawal of International Security Assistance Force (ISAF) from Afghanistan in 2014 is fraught with major security implications for the countries of the region. Examine in light of the fact that India is faced with a plethora of challenges and needs to safeguard its own strategic interests. [200 words] 10
2. What do you understand by The String of Pearls’? How does it impact India? Briefly outline the steps taken by India to counter this. [200 words] 10
3. Economic ties between India and Japan while growing in the recent years are still far below their potential. Elucidate the policy constraints which are inhibiting this growth. [200 words] 10
4. The protests in Shahbag Square in Dhaka in Bangladesh reveal a fundamental split in society between the nationalists and Islamic forces. What is its significance for India? [200 words] 10
5. Discuss the political developments in Maldives in the last two years. Should they be of any cause of concern to India? [200 words] 10
6. In respect of India-Sri Lanka relations, discuss how domestic factors influence foreign policy. [200 words] 10
7. What is meant by Gujral doctrine? Does it have any relevance today? Discuss. [200 words] 10
8. The World Bank and the IMF, collectively known as the Bretton Woods Institutions, are the two inter- governmental pillars supporting the structure of the world’s economic and financial order. Superficially, the World Bank and the IMF exhibit many common characteristics, yet their role, functions and mandate are distinctly different. Elucidate. [200 words] 10