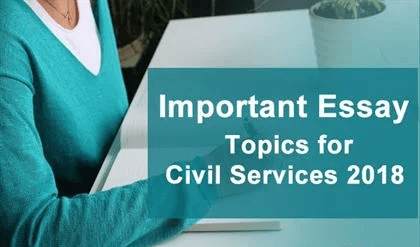 ✍️ 1- Judiciary  and its working

New points to be added:
The master of the roaster controversy , issue of selection of judges through collegium system, the difference  of opinions between the Chief Justice and the senior supreme court judges.
Previously asked questions:
Judicial activism and Indian democracy. -2004
We may brave human laws but cannot resist natural laws. -2017

New points to be added:
Cauvery Water Dispute and the Satluj Yamuna Link Canal case, Model/ Mandovi/Mahadayi river in Goa, Karnataka and Maharashtra. The Inter-State River Water Disputes (Amendment) Bill, 2017 was introduced in Lok Sabha with the provision the tribunal’s decision on a dispute within a period of three years. This period is extendable by a maximum of two years.
Previously  asked questions:
Cooperative federalism : Myth or reality. -2016
Water resources should be under the control of the central government. -2004

New points to be added:
Increased MSP by 1.5 times, Loan waivers, fiscal affects of such schemes,if the farmers are really benefited  or not, Atal Bhujal Yojana scheme, groundwater will be conserved efficiently and it will provide adequate amount of water for the use of agricultural purpose.
Previously asked questions:
How far has democracy in India delivered the goods? -2003
Food security for sustainable national development -2005

New points to be added:
Proximity of politics has degraded the education system, the alleged saffronisation of curriculum, autonomy of our educational institutions or have they become tools to disburse political patronage.
Previously asked questions:
Literacy is growing very fast, but there is no corresponding growth in education. -1996
Is an egalitarian society possible by educating the masses? -2008

✍️ 5- The importance of higher education

✍️ 6- Skilling the youth of India

New points to be added:
Weakening of the ancient symbiotic relationship between society and the environment on account of development and population growth, introducing greater scientific rigour in environment impact assessment of projects, lack of policy enthusiasm towards environment.
Previously asked questions:
Ecological considerations need not hamper development. -1993
Protection of ecology and environment is essential for sustained economic development. -2006

✍️ 8- Why is administration insensitive about the plight of slum dwellers

New points to be added:
Third of India’s slum dwellers live in unrecognised slums, over representation of Scheduled Castes (SC) in slums, with 1 out of every five slums residents belonging to SC, compared to just over one out of 10 for urban India as a whole, Chhattisgarh, Odisha, Jharkhand, Tamil Nadu and Bihar–had 51% of India’s slum households.
Previously asked questions:
Economic growth without distributive justice is bound to breed violence. -1993
The focus of health care is increasingly getting skewed towards the ‘haves’ of our society. -2009

New points to be added:
Provisions, Universal Health, funding provisions, executional hierarchy, Populism or Welfare?.
Previously asked questions:
The focus of health care is increasingly getting skewed towards the ‘haves’ of our society. -2009

New points to be added:
Is it a simple antidote to poverty? , demolish complex welfare bureaucracies while meeting some social transfer obligations ,amount to about 5% of GDP, mobilising public opinion and activate social movements, UBI is funded by taxes and withheld current subsidies to the rich, The tax-GDP ratio in India.
Previously asked questions:
Economic growth without distributive justice is bound to breed violence. -1993

New points to be added:
Effect of globalisation, possible substitutes such as global capitalism, socialist internationalism and UN multilateralism.The major challenges are coping with new problems arising within their territories and those which affect the very survival of mankind, sub-nationalisn, International Monetary Fund (IMF) and World Bank, which significantly abridged the space for macroeconomic policymaking by nation states.
Previously asked questions:
Globalization would finish small-scale industries in India. -2006
Multinational corporations – saviours or saboteurs -1994

New points to be added:
The lack of secularisation of society, groups gravitate to their own communities, politicisation  of religion, Triple Talaq, Universal Civil Code, personal laws etc.
Previously asked questions:
Spirituality and scientific temper. -2003
Science and Mysticism : Are they compatible ?-2012

New points to be added:
Male out migration from rural areas, decreasing women’s opportunities in agricultural productivity, and lower rural pay due to skill exclusions, dangerous to food security, social subsidies on education and health were removed, women became responsible for supplementing the increased cost.
Previously asked questions:
If development is not engendered, it is endangered. -2016
Farming has lost the ability to be a source of subsistence for majority of farmers in India. -2017
Whither women’s emancipation? -2004

New points to be added:
Burning of farm residue, transportation scheme, better management of resources, loss to national income, international reputation, threat of diseases, WHO reports, Ranking of Indian cities.
Previously asked questions:
Urbanization is a blessing in disguise. -1997
Urbanisation and its hazards -2008

New points to be added:
Institutionalization of science in society, adaptive changes in religious values and beliefs, process of social restructuration, emergence of new classes, decline of traditional cultural institutions, social mobility, migration, occupational diversification.
Previously asked questions:
Modernism and our traditional socio-ethical values. -2000
The composite culture of India. -1998
The Indian society at the crossroads. -1994
From traditional Indian philanthropy to the gates-buffet model-a natural progression or a paradigm shift? -2010

New points to be added:
Narrow and general artificial  intelligence, recursive self-improvement, triggering an intelligence explosion leaving human intellect far behind, risks associated,  legal and safety concerns, misaligned  goals.
Previously asked questions:
Technology cannot replace manpower. -2015
Science and technology is the panacea for the growth and security of the nation-2013
These were some of the ‘hot topics’ that were in highlight  for some reason or the other throughout  the year. However exhaustive  this list may be, but UPSC has a tact of asking the same topic in a way that no one could imagine. Hence, candidates  are suggested to practice  as many mocks/tests as possible because with practice  comes precision.

1.Farming has lost the ability to be a source of subsistence for majority of farmers in India.

2.Impact of the new economic measures on fiscal ties between the union and states in India

3.Destiny of a nation is shaped in its classrooms.

4.Joy is the simplest form of Gratitude

5.Fulfilment of ‘new women’ in India a myth.

6.We may brave human laws but cannot resist natural laws.

9.If Development is not engendered, it is endangered

12.Innovation is the key determinant to Economic Growth and Social welfare

14.Cyberspace and Internet – Blessing or curse to the Human Civilization in the long run

15.Digital Economy- A leveler or a source of Economic Inequality