Breaking News
Home / Uncategorized / Can an IAS exam be cracked with a dedicated preparation of 8 months? How many hours do I need to study? Is it possible? 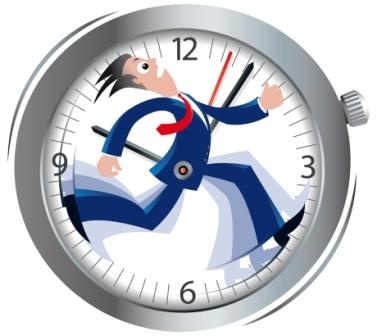 Yes you can. Why? Because I did it. I can completely understand how you feel right now and I had also asked this very question to everyone I thought would be able to tell me this. Now take a deep breath. I know you need someone to tell you that it is possible, or why not! of course! You think that will help. Trust me it will not. You will never find confidence in what someone else has to say. You need to find it yourself and in your preparation. And about the factual possibility of this I will tell you what happened in my case. Also so that this answer does not become a brag fest, i will restrict myself to only facts no analysis.

-I joined the online test series of Vajiram in February thinking I am going to find time to take these tests even when i can’t find time to study. I couldn’t. I was simply dead when I used to come back from the hospital. Never gave those tests.

-In February, got to know that Administrative Training Institute, Kolkata is selecting some students to train for UPSC examination. There will be an entrance test and only 25 students will be selected. The fees will be nominal and experts shall be taking the classes. Took the entrance test. Could not get through. Was devastated.

-In March, called my senior in service and asked him suggestions about ‘the other optional subject’ that i should be taking. (I was still under the impression that UPSC CSE offers two optionals). His reaction was priceless. The most unforgettable line was, “At least Google the exam you are going to give!”

-Had not opened The Hindu before April 1st, 2014. So much so for reading newspapers for one year before the prelims.

Was I scared when I started? Out of my wits. I was frantic. I was simply trying to maximise my study hours and trying to put some semblance of order to my schedule. And asking the same question to whoever I can, will I be able to do this? Did I have to do something superhuman? No, my schedule and daily routine is on Quora. I was sincere yes, but I was not killing myself. In fact in retrospect I think I even had a lot of scope of improvement and my strategies and concentration was wanting. I made a lot of mistakes. Was I simply lucky? Maybe.

I do not know what worked. I was trying to study as much as I could without freaking out. All I remember is after around two months of preparation I took one mock test in Synergy. I knew I was midway in preparation and I was not ready I just gave it for the hell of it. I stood third in G.S and first overall in G.S + CSAT. That was the first time I felt that I had got this. I stopped doubting the time I had and started focusing on what best I can do.

I know it sounds improbable today. But you have got this. Don’t think about how much time you have got or what is the usual way these things happen. Do not ask others for stories. Expect bigger things from yourself. You may just surprise yourself.

And I repeat. You have got this!

Tags Can an IAS exam be cracked with a dedicated preparation of 8 months? How many hours do I need to study? Is it possible? IAS MOTIVATION Important Affairs UPSC ARTICLE

Powered by WordPress | Designed by TieLabs
© Copyright 2020, All Rights Reserved